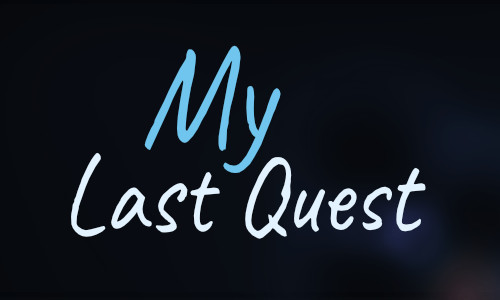 In one of the most tumultuous times in our nation during my lifetime (2020), I have become intrigued with the pursuit of enduring reality. Born in the middle of the last century, indeed, during the previous millennium, (but after the extinction of the dinosaurs)I have lived through the civil rights movement, the moral uncertainty of the war in Vietnam  and the civil unrest at home.

I grew up under the shadow of God’s wing in the security of the church while living under the spectre of two great opposing superpowers balanced precariously on the fulcrum of mutually assured destruction. I witnessed the first man descend a ladder onto the moon on our black and white TV (The screen image was upside down). I went to Bible college and got married in the 70’s. I grew a family throughout the shallow, empty pursuit of all things greed related in the 80’s & 90’s. We survived the great digital calamity of Y 2 K. We somehow raised 7 kids during the technological revolution without going, or driving them, completely insane.

I’ve gone from “the 60’s” into “my 60’s” during a flurry of dizzying changes only to find myself asking; “What is actually real? What really matters?”

Between the twin influences of “preaching through Colossians” and (so far) “surviving Covid 19” I have drawn a rudimentary conclusion to that question. From here on out, my two primary values will be “truth” and “relationship.”

The impact of Colossians during 2020 was one of understanding the Gospel in a deeper way. The Apostle Paul seems to be describing a new, clean, first generation Gospel that was being handed from the Apostles to the early church. In this case the church at Colossae by the hand of Epaphras. Then in chapter 2, Paul issues five warnings that can fairly be summarized as follows; “Don’t let anyone change the Gospel by taking away, adding to, or twisting it in any way”.

I began to profoundly question if the Gospel I inherited from the church of the 1960’s was the same clean, first generation Gospel the Colossian church had received  from the Apostles. Or had the 19 ensuing centuries resulted in removing, twisting and adding? I suspected the latter. The scope of this post does not allow further exploration here, but that will become one of the focal points of my quest. Suffice it to say that my inquiries have so far produced the two primary values of truth and relationship.

The impact of covid is twofold. I began teleworking with my son to produce online live messages and my wife and I spent time talking with his family on Sunday afternoons. Impact #1 was that human relationships can be carried out, and genuinely deepened by using remote technology tools. I was actually surprised by the deepening of our relationship thinking only the shallow aspects of relationship could be “uploaded.” My “last century” view of the powers of technology were upended.

Impact #2 was that the possible scope of “meaningful” relationships had just grown exponentially. I live in a county with about 16,000 people. The relationships I have are made likely by a combination of factors. Geographical proximity being a big one.

The use of technology due to covid has made the geographical proximity factor largely obsolete (most of you have known this for a long time). Now the pool of “like minded” people is limited more by language rather than proximity, and even that is not insurmountable.

“ALL THAT YOU DO.live” is a:project to try to find out. My study of Colossians has led me to this conclusion: Do all that you do in the name of Jesus.

And whatever you do, in word or deed, do everything in the name of the Lord Jesus, giving thanks to God the Father through him [Colossians 3:17].

So the conclusion of my study has become the starting point of my last quest. Do All That You Do In The Name of Jesus; What does that mean? And how do I pursue it?

I find that my son, Gabe is like minded on this, and so we are setting out to find out what this means for each of us. If you are curious about these topics too, join us to see where God may lead you.

We're building this site in our spare time... Thank you for your patience! Dismiss